In the framework of the German Aerosol Research Programme (AFS, 1998-2001) the German Federal Ministry of Science and Education (bmbf) funded a research project, which was focussed on the important role of biological aerosol particles in the atmosphere.

Within this project with the very long title

“Vertical and temporal variation of size distribution and composition
of aerosol particles above distinct populated regions with respect
to primary biological aerosol particles” (No. 07 AF 103/2)

the Institute for Physics of the Atmosphere (IPA), University of Mainz in close co-operation with enviscope developed an instrumentation suited for the specific scientific investigations. Main experimental objective of the research program was the sampling of aerosol particles at ground, in the atmospheric boundary layer, and in the free troposphere with special emphasis on Primary Biological Aerosol Particles (PBAP). The sampling system should allow to collect the aerosol particles size-fractionated within the size range 0.2 – 5 µm for later single particle analysis to determine the biological components. For the analysis Light Microscope and Scanning Electron Microscope with EDX (Electron Disperse X-Ray Spectral Analysis) were used.

The project has been accompanied by enviscope from its beginning. The development of the concept of the instrumentation was followed by the construction of the mechanical components and the assembly of the data acquisition and control unit. Extensive airborne and ground-based performance tests completed the instrument development and allowed to perform several airborne measuring campaigns in 2001 in different regions of Germany using the research aircraft P68B D-GERY.

In the following the technical realization is shortly presented, whilst some impressions of the measuring flights are given (see MOCIS-flight campaigns). 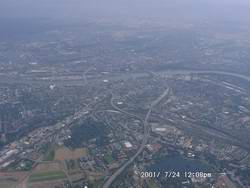 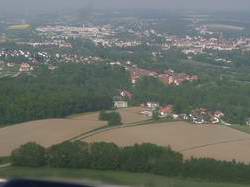 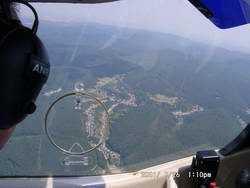 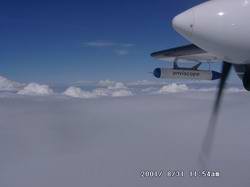 To achieve the goals of the project the sampling system had to fulfil the following requirements:

For the size-fractionated sampling IPA designed a set of two stage impactors with different cut-off efficiencies which enable size fractionated sampling of particles with r>0.2 µm. Samples were collected on glass slides or graphitic foils mounted on 12-edged and 6-edged rotating cylinders which allow subsequent single particle analysis to determine the biological components of the collected aerosol particles. 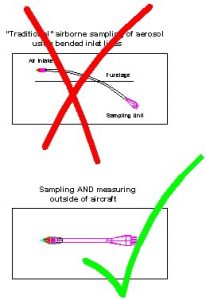 The adaptation to research aircraft and the automatisation of the instrument was realized by enviscope.

One of the still unresolved problems in atmospheric aerosol physics is the question how to get aerosol particles into airborne instruments without changing their ambient properties (Wendisch et.al., 2004: Aircraft Particle Inlets, State-of-the-Art and Future Needs, BAMS, 85, 89-91) 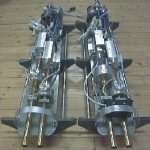 enviscope tackled this problem by integrating the components in external payload pods which allow to use short and straight-lined inlet tubings. This approach reduces inlet losses, which occur especially while sampling particles belonging to the coarse aerosol mode due to the bending of inlet tubes. 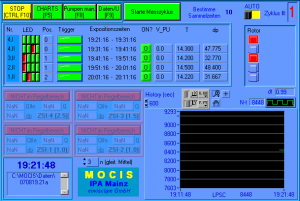 For the remote operation of MOCIS A microprocessor- based steering unit was developed which changes the slides with respect to the real atmospheric particle concentration and controls volume flow and sampling time actively to achieve isokinetic conditions during all flight regimes. The measuring system was controlled from the aircraft cabin via serial interface.

Stabilization of Cut-offs and Isokinetic Sampling by Control of Volume Flow: 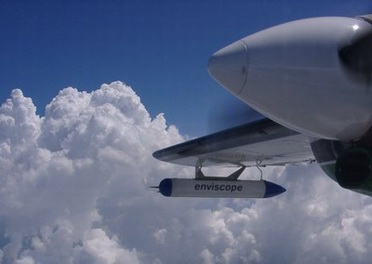 To our knowledge MOCIS was the first airborne aerosol sampling system (at least within Europe), which enabled isokinetic sampling conditions during all flight regimes by actively controlling the flow conditions. The instrumentation proved well during more than 20 measuring flights with a total of more than 50 flight hours during the MOCIS-campaign 2001. First vertical profiles of primary biological aerosol were measured by IPA and show the significance of the biological component of the atmospheric aerosol in the atmospheric boundary layer.